Daisy and Lucky through the years 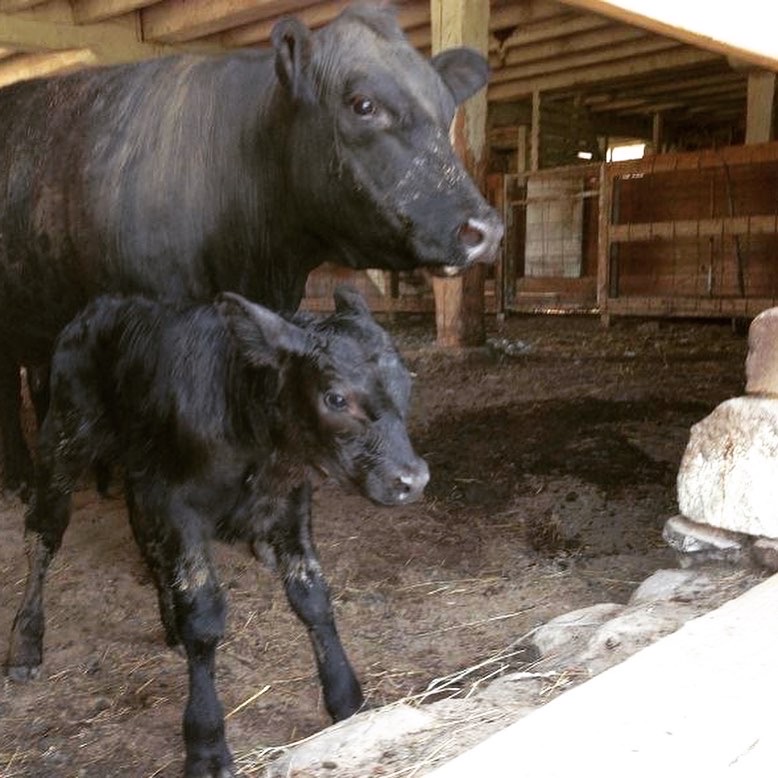 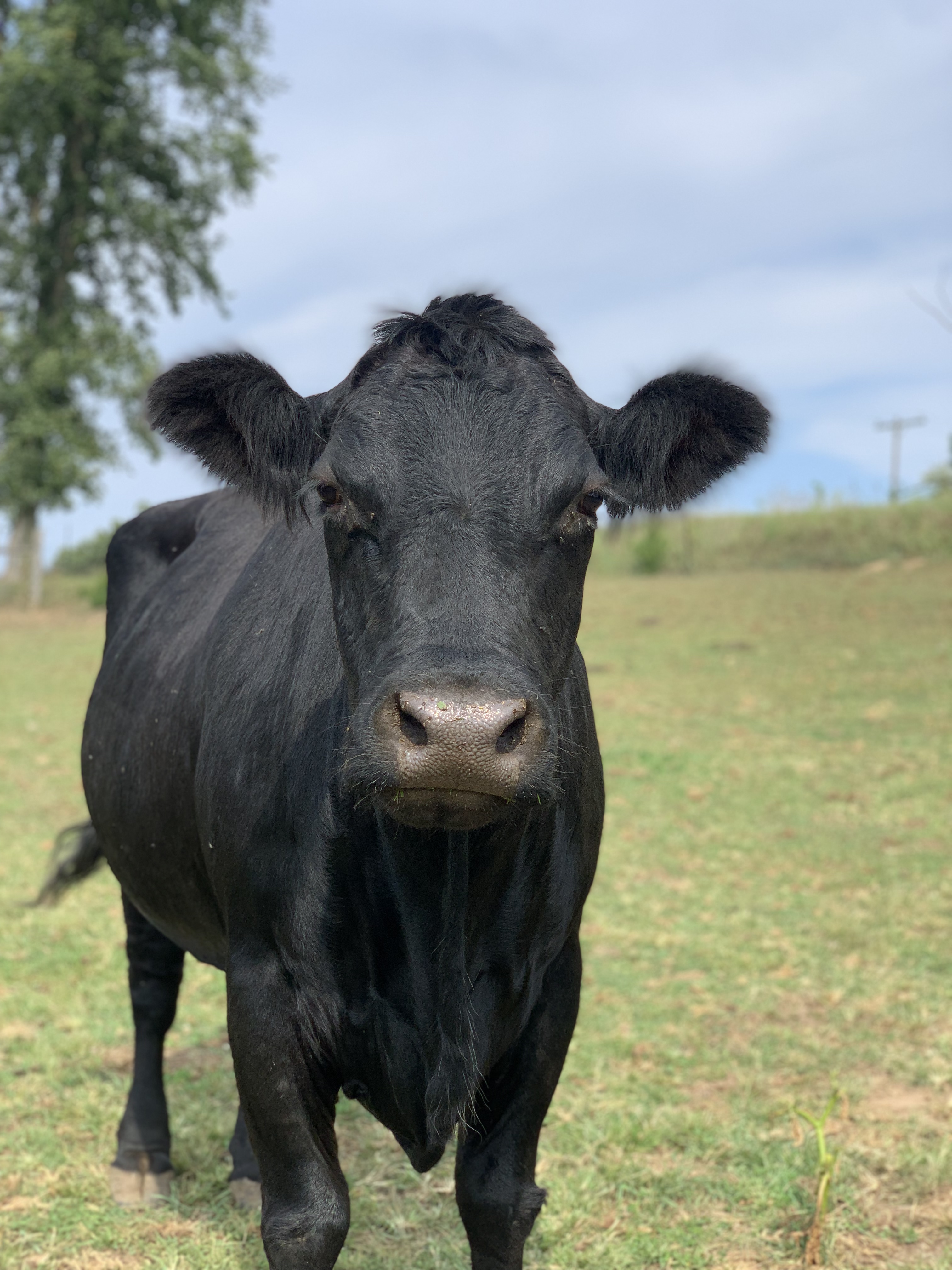 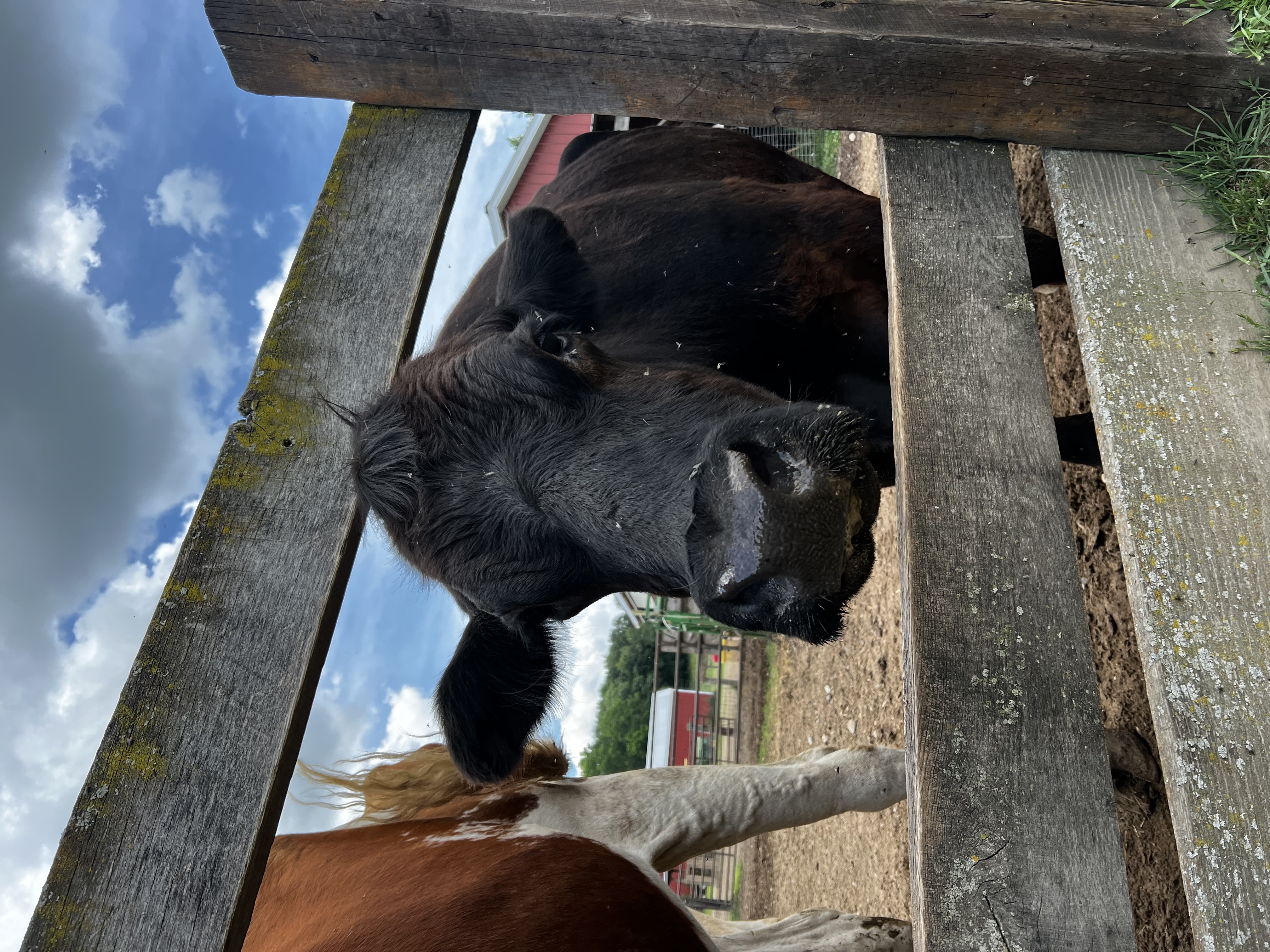 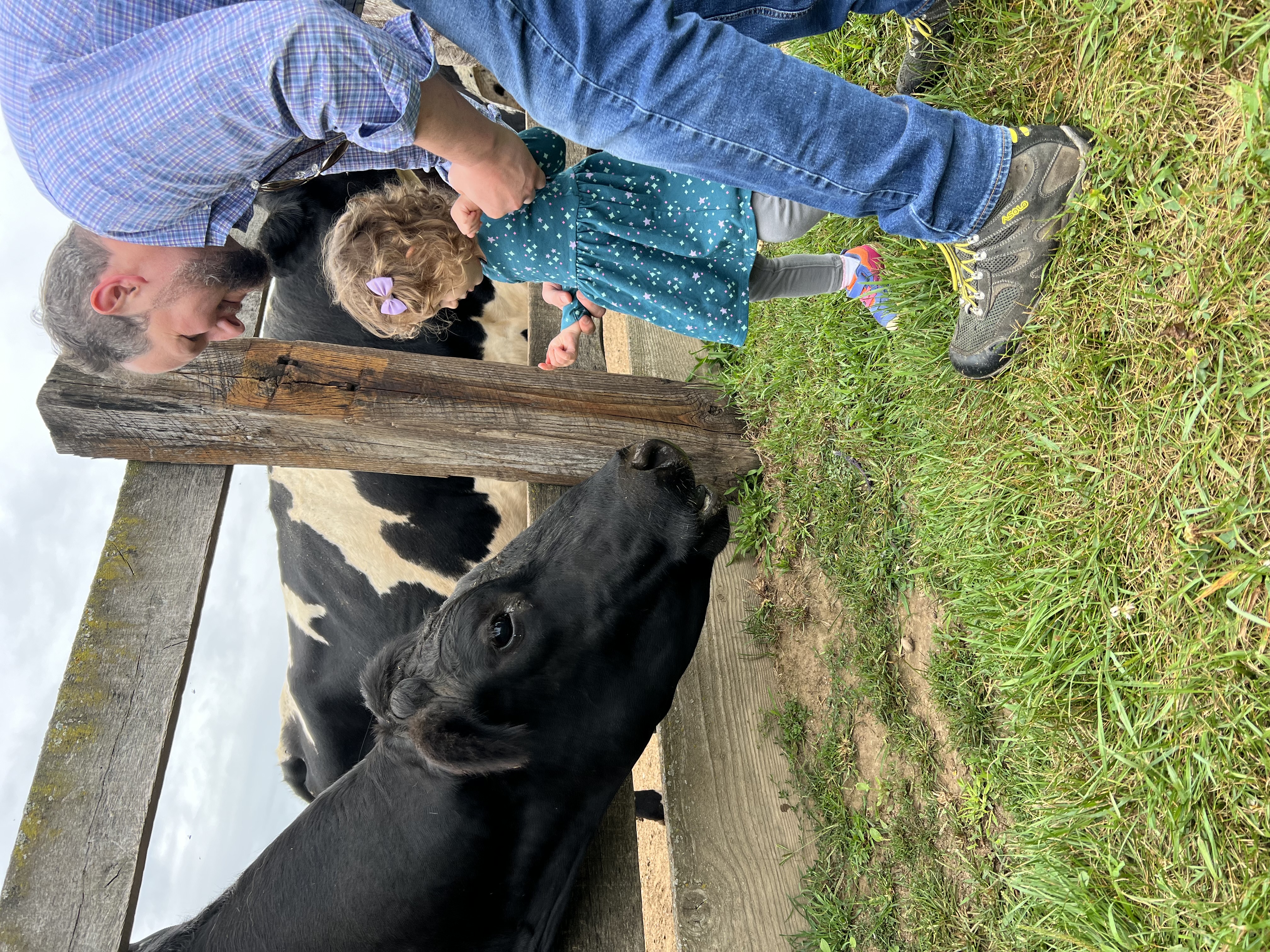 Daisy, a Black Angus, was pregnant when she came to SASHA in June of 2014, was rescued from a backyard butcher who was running a small slaughterhouse in Riga, Mich. She was kept alive for the sole purpose of producing calves for meat. Daisy had given birth to three calves before her rescue. Knowing humans only as the people responsible for taking her babies away from her, Daisy was understandably averse to humans upon being rescued by SASHA staff. After six days at SASHA, she gave birth to Lucky.

Lucky was born on SASHA Farm in early July of 2016, only six days after his mother, Daisy, arrived. Shortly after Lucky’s birth, it was determined that Daisy could not produce milk, because of being bred over and over. So Lucky did not have access to colostrum, which was essential “first mother’s milk” to help him form antibodies, and he became weak and sickly. Lucky was taken to Michigan State University Veterinary Hospital where the vet put Lucky on supplements and antibiotics and he improved noticeably. He was bottle fed five times a day by loving volunteers and staff and grew and thrived from all the love and good nutrition. Now, Daisy and Lucky are happy and healthy, glad to be alive and loved at SASHA Farm.