Mr Rogers through the years 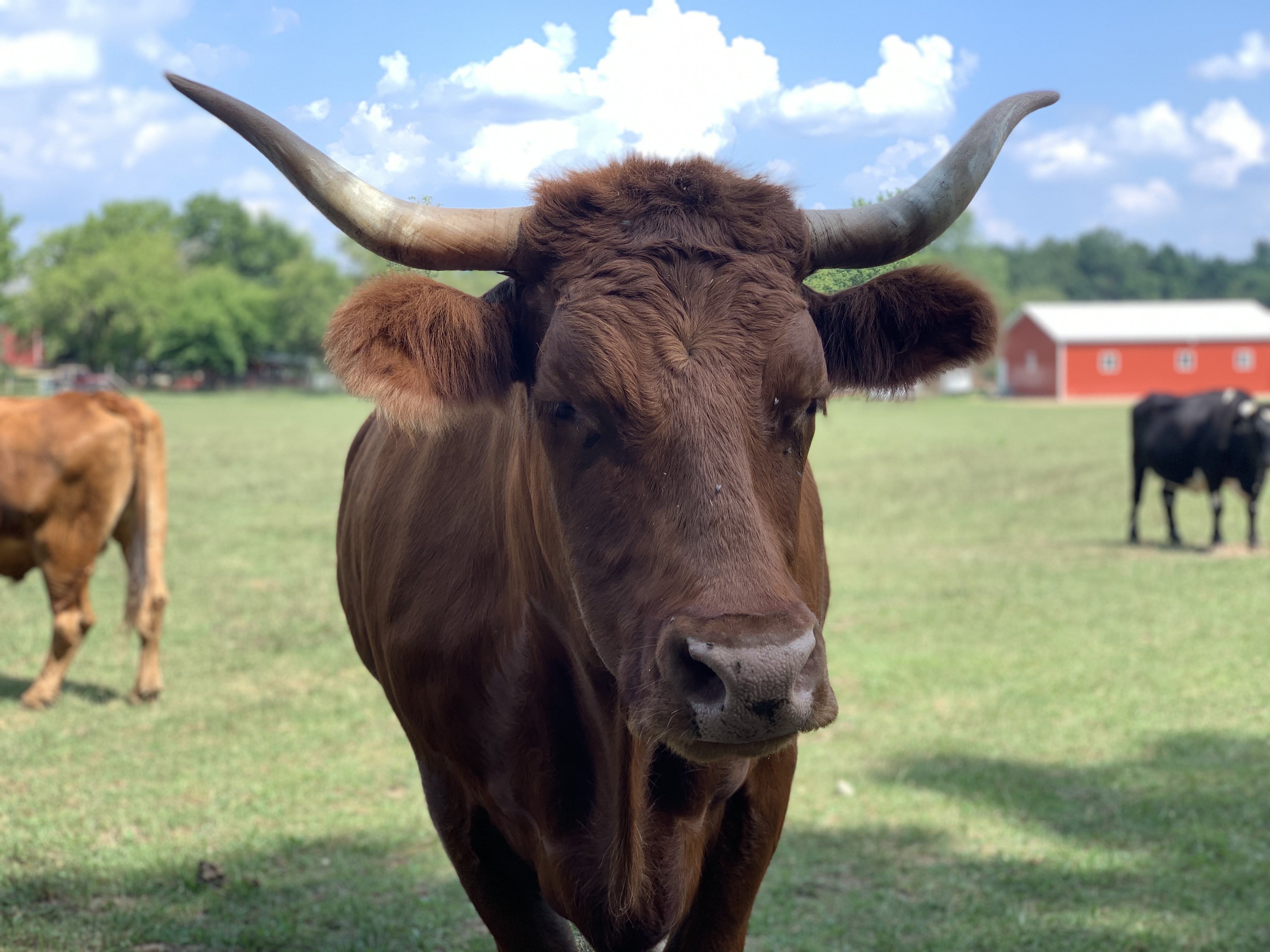 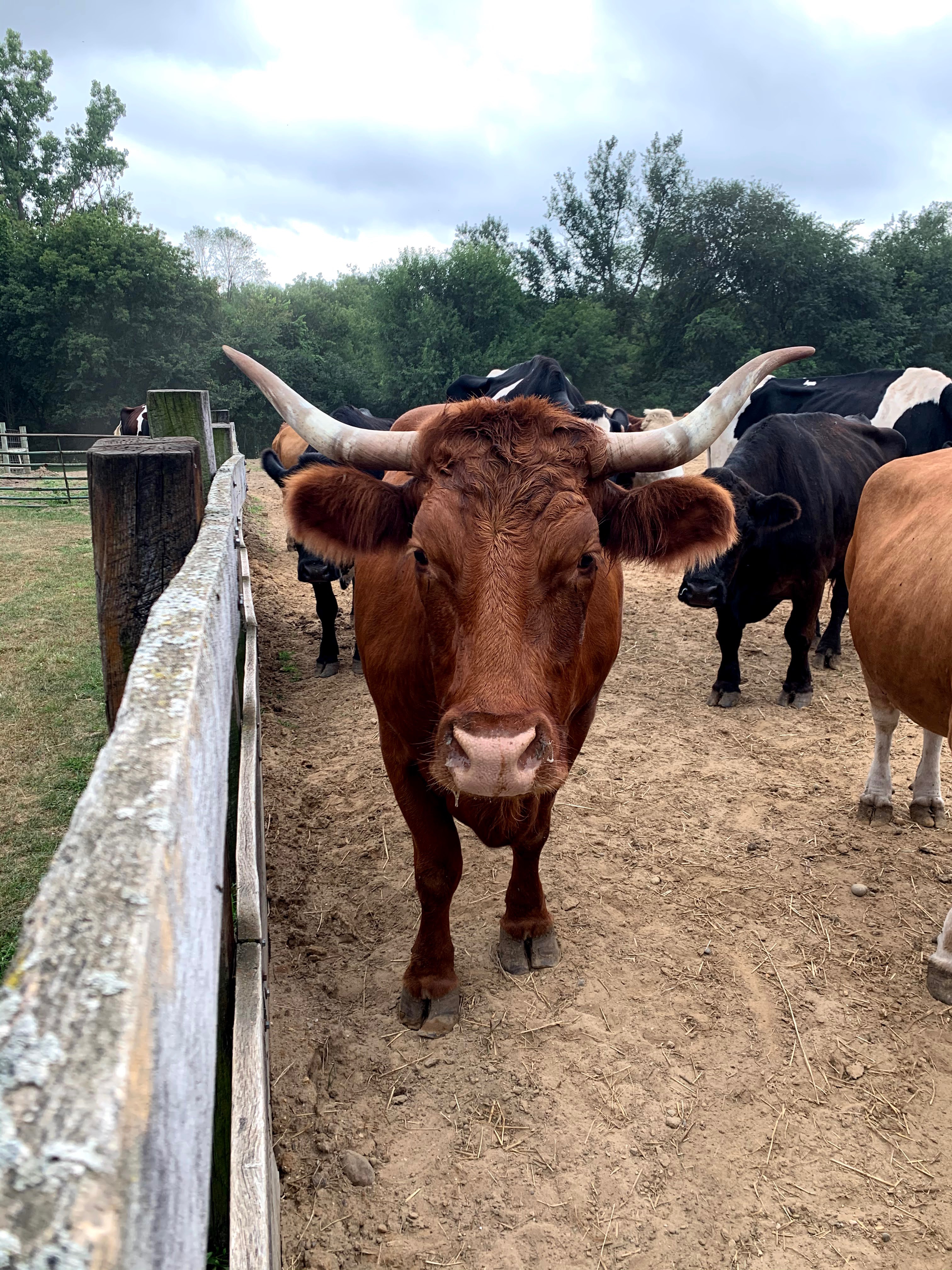 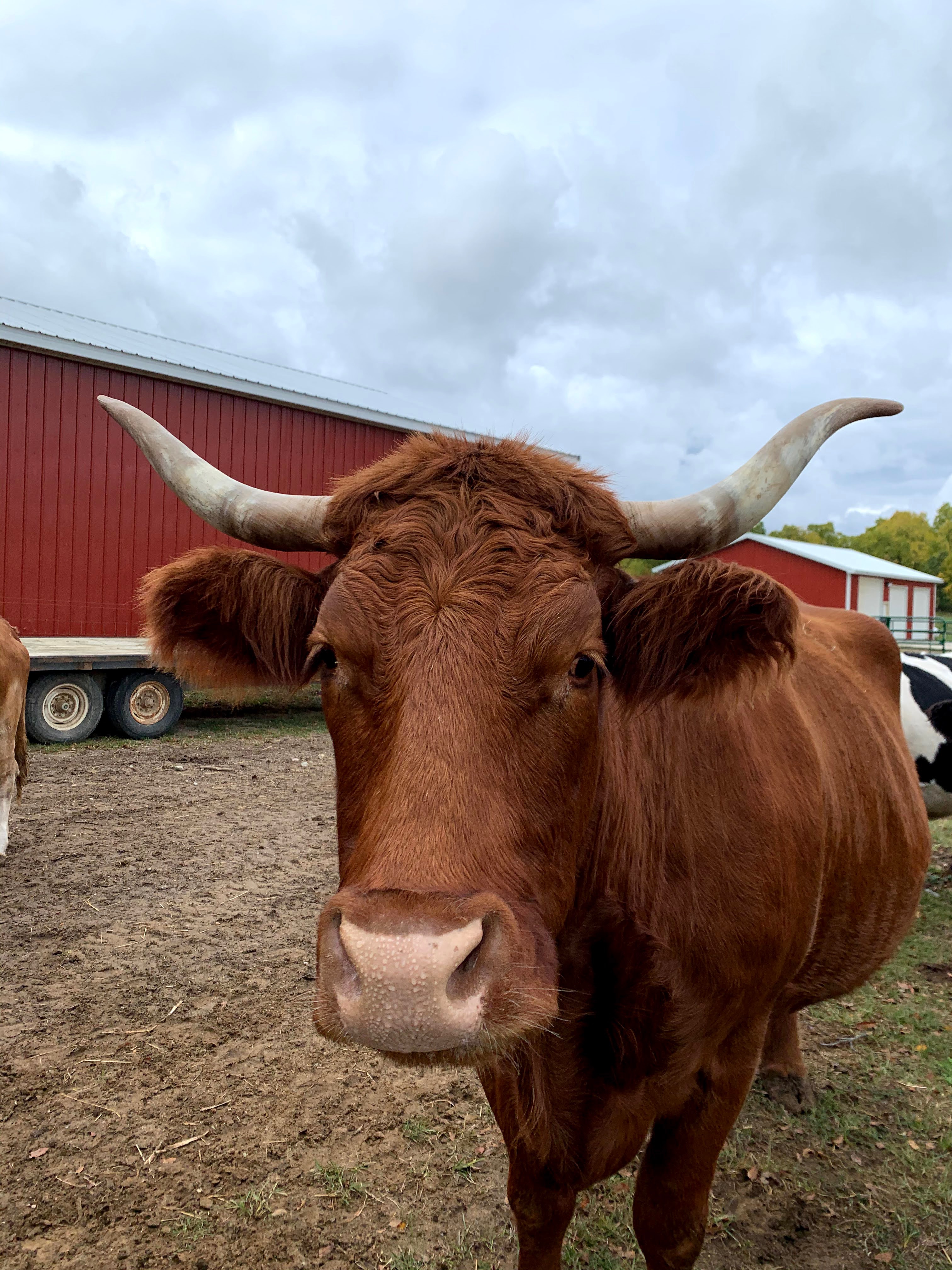 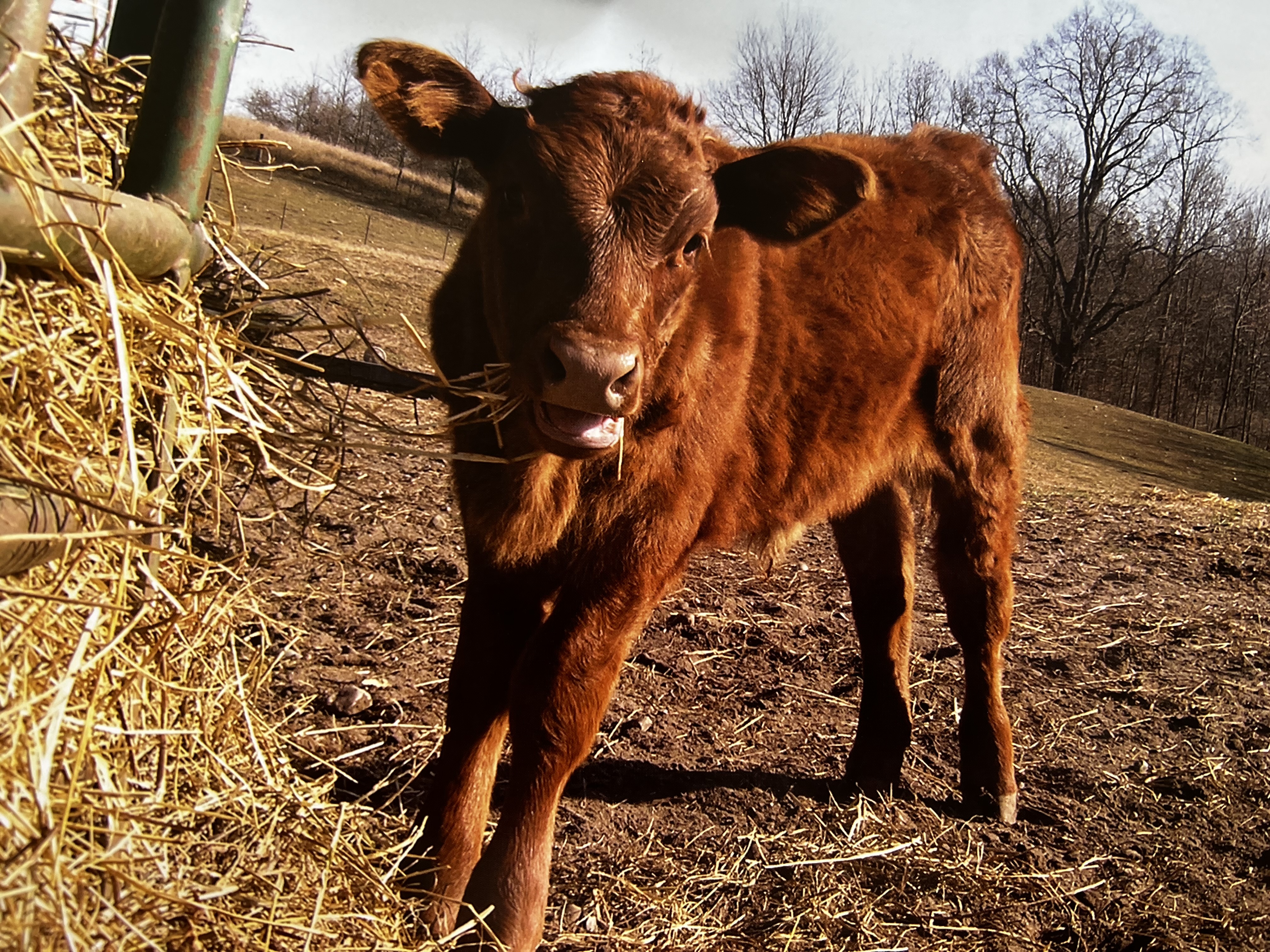 Mr. Rogers is a magnificent looking Salers/Red Angus mixed breed, brown-ish red, with rather small horns. He was born at SASHA Farm on August 20, 2010, one week after his mother Bella escaped a transport truck packed with cows on their way to be slaughtered. Bella survived the crash and ran off. Monte Jackson and Bob Harvie from SASHA were called in to help, and they picked her up near Grand Rapids, MI. She joined the SASHA Family the next day, very thin and hardly able to walk. At the time she was pregnant, but no one was aware of her pregnancy.

About a week later, longtime volunteer John Rogers walked into the cow barn, right after she had delivered a male calf! He says, “I missed it by minutes. I sponsored the calf and gave him my surname – Mr. Rogers.” Bella, only 10 years old, died shortly after the birth of her son, totally spent – a victim of factory farming. Her son Mr. Rogers lives on at SASHA, free and safe, in memory of Bella and all other factory farmed animals who have not been so fortunate.